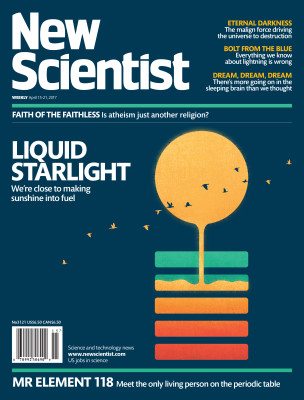 Reed Business Information (RBI) has sold New Scientist and its associated products and events to Kingston Acquisitions Limited, a company established by the former management team of Times Educational Supplement for the purpose of acquiring New Scientist. The terms of the deal were not disclosed.

First published in 1956, New Scientist is a weekly science and technology magazine. The magazine covers current developments, news, reviews and commentary on science and technology. It also publishes speculative articles, ranging from the technical to the philosophical. A readers’ letters section discusses recent articles, and discussions also take place on the website. It has an average circulation (ABC audit) of 125,000, 82% print and 18% digital. 56% of it circulation is in the UK and Ireland, 44% ROW.

Kingston Acquisitions is led by by Sir Bernard Gray. Gray spent nearly ten years as a journalist at the Financial Times Group, including as a defence correspondent. Later he became chief executive of UBM’s, CMP Information. In 2005 Gray was appointed chief executive of TSL Education Limited, publisher of the Times Educational Supplement, when it was acquired by Exponent. He has been a defence adviser on defence spending to both the labour and conservative governments.

RBI is part of Relx (formerly Reed Elsevier). Relx has sold off the majority of its magazine publishing businesses. Its strategy is to move away from print revenues and instead to develop information-based analytics and decision tools that deliver enhanced value to customers.