Yahoo has acquired Aviate, a startup produces an app, which is still in beta, to organises the apps on the home screen of Android devices. Aviate is the first product from San Francisco-based startup ThumbsUp Labs. The terms of the deal were not disclosed.

The acquisition was announced by Yahoo CEO Marissa Mayer during her keynote speech at the 2014 International CES. 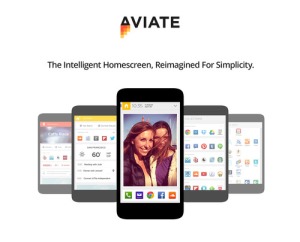 Talking about the acquisition, Mayer said, “It is no secret we are amidst a massive and continuing shift to mobile,” Mayer said onstage at one of the world’s largest tech events. “But the shift is not just about proliferation, it’s also about how much time we are spending on phones. Weather, mail, finance, news — mobile puts them in your pocket and makes them a daily habit. We acquired Aviate because we believe home screens should be smarter and more personalised.”

It is Yahoo’s first acquisition announcement of 2014. Yahoo acquired 28 startups in 2013.