Yahoo completes the acquisition of Tumblr

Yahoo! today announced it has completed its $1 billion pound plus acquisition of Tumblr. Tumblr will continue to operate as a separate business. David Karp will remain as chief executive officer. 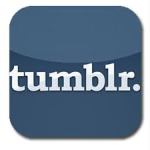 On the deal completion, Tumblr CEO David Karp said, “We are beyond excited to partner with Marissa (Yahoo! CEO Marissa Mayer) and the wonderful team at Yahoo! that we’ve already come to know well. Their support and belief in our vision gives us an opportunity now to be the most ambitious we’ve ever been.”

Previous reporting – Yahoo! to Acquire Tumblr for $1.1BN – promises not to screw it up