9 Story Media group acquires Out of the Blue Enterprises 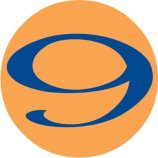 9 Story Media Group has acquired Out of the Blue Enterprises, a leader in children’s media across content creation, TV production, digital applications and consumer products. The terms of the transaction were not disclosed.

Founded in 2005 by Blue’s Clues co-creator Angela Santomero and former Nickelodeon executive Samantha Freeman, Out of the Blue is best known for the Emmy-nominated literacy series Super WHY; the Mister Rogers Neighborhood inspired Daniel Tiger’s Neighborhood; and the interactive art adventure program Creative Galaxy for Amazon Studios. Out of the Blue also owns the legacy toy brand Colorforms, named by Time Magazine as one of the 100 Greatest Toys of All-Time, and the company is in production on a new animated series based on the classic brand.

Vince Commisso, President & CEO of 9 Story Media Group, said: “Out of the Blue has a proven track record in developing unique and beloved brands for a preschool audience. Joining forces broadens our development capabilities, increases our consumer products reach and extends our presence in the U.S.”

ITV plc today has acquired Big Talk Productions and associated companies (Big Talk), the producer of award winning programmes Friday Night Dinner, Him & Her and Rev as well as films including Shaun of the Dead, Hot Fuzz and The World’s End.

ITV will pay an initial cash consideration and further capped cash payments contingent on Big Talk’s future performance.  The initial cash consideration will be dependent on the 2012/13 financial performance and is expected to be in the region of £12.5m.  The further capped cash payments are payable on the delivery of significant profit growth over the next five years.