Future plc is to acquire Miura (Holdings) Ltd, the parent company of Imagine Publishing Limited in an all share deal deal valuing the company at £14.2 million.

The company was formed with private funds in 2005 by Damian Butt, Steven Boyd and Mark Kendrick. All were former directors of publishing companies. 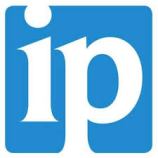 Upon completion of the Acquisition, the vendors of Imagine will own, in aggregate, c.32.8% of Future’s enlarged issued share capital

Zillah Byng-Thorne, Future plc Chief Executive said, “This is a unique opportunity to acquire a market leading knowledge, science and technology content business which will complement and expand our capabilities.

Future’s share price jumped eight per cent to 8.5p after the deal was announced.