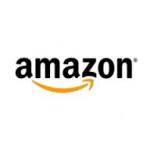 Amazon.com is to acquire Twitch Interactive, Inc., a live video platform for gamers. Twitch was launched in June 2011 to focus exclusively on live video for gamers. Amazon is paying $970 million in cash. The acquisition is expected to close in the second half of 2014.
“Broadcasting and watching gameplay is a global phenomenon and Twitch has built a platform that brings together tens of millions of people who watch billions of minutes of games each month – from The International, to breaking the world record for Mario, to gaming conferences like E3. And, amazingly, Twitch is only three years old,” said Jeff Bezos, founder and CEO of Amazon.com. “Like Twitch, we obsess over customers and like to think differently, and we look forward to learning from them and helping them move even faster to build new services for the gaming community.”