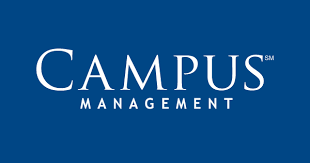 Campus Management Corp., a provider of cloud solutions and services for higher education institutions, has acquired the Hobsons’ Admissions software business from DMGT. The terms of the deal were not disclosed.

The Admissions business consists of the Radius, AppReview, ApplyYourself, Connect, and Retain CRM and application management product lines. It accounted for approximately a quarter of Hobsons’ revenues in the year to date

The approximately 100-person team of CRM and application management staff will move across to Campus Management.

“As we continue to evolve our CampusNexus® engagement platform, fostering communications and relationships throughout the student lifecycle, we look to constantly improve upon what we offer to the market,” said Campus Management CEO Jim Milton. “The CRM and application management products add to our already strong CampusNexus suite to achieve that goal, and the addition of the very talented Hobsons team members reinforces our mission to deliver the higher education platform and services that enable institutions to transform their academic delivery, student success, and operational efficiency, on their terms.”